According to Abbreviationfinder, Belarus has for centuries been part of the Russian cultural sphere and shares in many and many neighboring customs and customs, although influences also exist from other neighboring countries.

Men usually greet by shaking hands. Women who know each other can greet by kissing their cheeks, otherwise it is common with just a short nod. A man and woman who are unfamiliar often avoid body contact. The formal greeting phrase is “Zdravstvujte” while the more informal is “Privijet”. Eye contact is important. Belarusians are quite direct in a way that can be perceived as brusque to the one above.

For a meeting or invitation you should be reasonably punctual. In formal settings, a guest is happy to bring flowers to the hostess and a bottle of wine or vodka to the host, as well as perhaps something sweet to the children. When you step into someone’s home you usually take off your shoes.

Guests are traditionally welcomed with bread and salt – often round decorated pieces of bread with a salt bowl placed on top. The bread is placed on a hand-embroidered towel, a raisin. The guest is expected to break a piece of the bread, salt it and eat. Ruskin is often an important wedding gift.

The kitchen has much in common with the Russian and the other neighboring countries. Potatoes have a central place in the diet, along with the bread that is often baked on rye. Mushrooms, beets, cabbage and berries are common ingredients. Pork, beef, chicken and freshwater fish like perch are common. Beetroot soup, borscht, served with smetana, sour cream. Counterjanka is a thick meat soup eaten with potato pancakes, draniki.

Black tea is a common drink, while vodka is the most common beverage. Kvass is also popular, a yeast drink made from malt and flour and any flavoring. It is reminiscent of weak drinking.

Most of them dress like other Europeans, but on solemn occasions traditional costumes with embroidery are sometimes worn on a white background. Older women, mainly in the countryside, often cover their hair with a shawl.

According to Countryaah, Independence Day is celebrated on July 3 – in memory of when Soviet troops liberated Minsk from the Germans in 1944, during the Second World War. Large military parades are then usually held. Actual independence as an own nation is celebrated by the Constitutional Day on March 15, the date 1994 when the country’s constitution was adopted.

Union Day falls on April 2, when the Union is celebrated with Russia (see Foreign Policy and Defense). Victory Day on May 9th is commemorated by the victory of World War II (which in Russian is called the Great Patriotic War).

The October Revolution is celebrated in November (because the Julian calendar was applied when the Revolution was implemented in 1917). 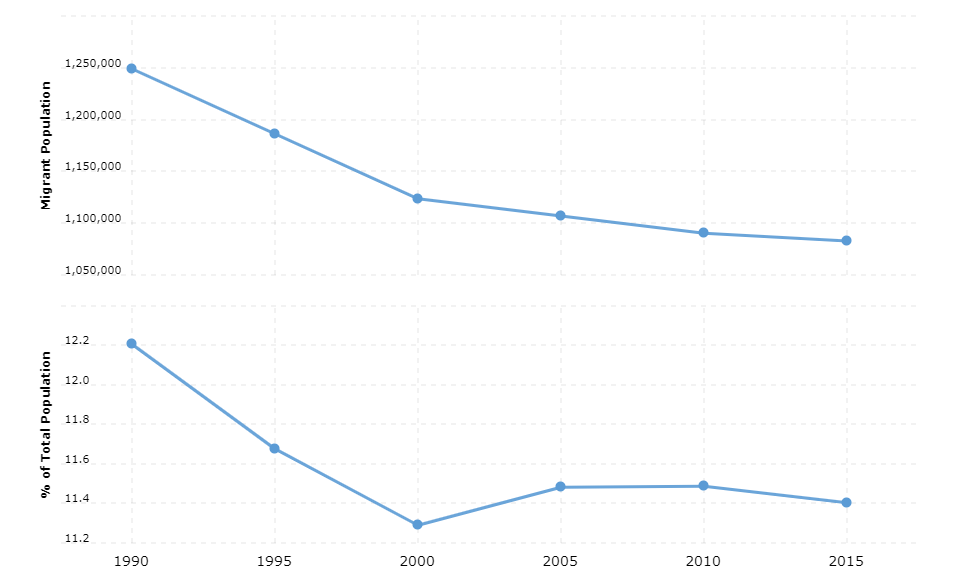 Lukashenko says that the most important tasks for the country in 2015 will be to expand exports and reduce the economic dependence of Russia.

At the end of the month, the president dismisses the prime minister, the governor and several other ministers in the biggest government over several years. He explains this with the country’s economic problems in the wake of the Russian economic crisis. As new prime minister, he appoints his head of office Andrej Kabjakau.

Measures after the ruble

The crisis of the Russian ruble triggers panic in Belarus where people rush to exchange other currencies of concern for the “Belarusian ruble” to be “infected” and devalued. The central bank introduces a “temporary” tax of 30 percent on all currency transactions. All exporting companies are required to convert half of their foreign assets into Belarusian currency. Savings rates are raised to entice the Belarusians not to empty their bank accounts. A number of e-commerce companies have their websites blocked after raising their prices or setting prices in US dollars.

Dollar in trade with Russia

President Lukashenko orders that all trade with Russia be made only with dollars or euros as a result of the Russian ruble falling sharply in value.

Parliament adopts a law that makes it easier to close internet sites. From 1 January 2015, the state can close a site that has received two official warnings within the course of one year. Each web site owner becomes responsible for its content.

Journalist Aljaksandr Alesin is arrested by police and charged first with treason and espionage, which, however, after a few days is mitigated for contact with foreign intelligence service. In connection with this, he is released but is prohibited from leaving Minsk while the investigation is ongoing. Alesin, an expert on military issues, has often made comments that go against the official line. He is said to have been arrested when he handed over secret documents to a foreign diplomat. If convicted, he risks two years in prison.

Russia is accused of a rule violation

President Lukashenko accuses Russia of violating the rules of the countries’ customs union by banning imports of meat and dairy products from Belarus. He says that “the behavior of our eastern brother does not leave us untouched”.

Defense Minister Yuri Zjadobin resigns. Officially referred to his age, 60, but judges believe the departure may have to do with attempts to raise the Belarusian defense’s preparedness for battle. Despite President Lukashenko’s close ties to Russia, Russian intervention in Ukraine has also raised concerns in Belarus, where there is also a Russian minority that may need “Russian protection”.

The EU extends sanctions against Belarus by another year, as it has not implemented sufficient democratic reforms. Of the 243 people who participated in the sanctions list, 24 are deleted, as well as seven companies or authorities out of 25. The sanctions include prohibitions on the sale of weapons, freezing of financial assets and travel bans. EU sanctions have been in force since 2004.

About 100 Ukrainians and 30 Belarusians are arrested by police in connection with an EM qualifying match in football. They are accused of using “vulgar language” in public after shouting slogans against Russian President Putin from the stands. About 25 of them risk being sentenced to prison for a few days.

MR activist is sentenced to prison

Human rights activist Andrej Bandarenka is sentenced to three years in prison for “hooliganism and abuse”. He leads the Platform Innovation organization that works for prisoners’ rights.

Human rights activist Ales Bjaljatski is prematurely released by amnesty on the occasion of the 70th anniversary of the liberation from the Nazis. He was sentenced in November 2011 to four and a half years in prison for tax offenses.

Artists are punished for Bykau portraits

Four street artists are each sentenced to a fine of approximately SEK 3,000 for trying to paint a giant portrait of the regime-critical writer Vasil Bykau on a house wall in Minsk. They are sentenced for general damages. Bykau, who died in 2003, should have turned 90 in June.

President Lukashenko, together with his colleagues from Russia and Kazakhstan, is signing an agreement to form a new economic union between the countries. The agreement, which will enter into force on 1 January 2015, stipulates that within the Union there should be free movement of goods, capital, services and labor and that members should coordinate parts of their economic policies.

In the face of Belarus’s hosting of the World Cup in ice hockey, several young activists are arrested in detention and sentenced to speedy trials to prison for between 10 and 25 days for hooliganism and opposition to police. The youth say they are imprisoned for not being able to demonstrate against the regime during the ice hockey tournament.

Several senior executives at a state-owned industry in western Belarus are reported to have been arrested for receiving bribes. The surprising message comes shortly after President Lukashenko said that if “ordinary Belarusians” catch the country’s leaders stealing, then the rulers deserve to be exposed to the same kind of uprising as in Ukraine, but such a scenario is unthinkable.