Havana is the most atmospheric city in the Caribbean. Havana, the charmingly dilapidated capital of Cuba, attracts tourists with its distinctive culture, old cars and rhythmic nightlife.

Decay romance in the Cuban capital

The capital of Cuba, Havana, is a city of more than two million inhabitants, which charms the visitor with its charmingly dilapidated buildings and the atmosphere of a bygone era. In Havana, one can follow in the footsteps of Che Guevara and Ernest Hemingway in a place where Americanization has not reached.

Old cars wandering the cobbled streets, revolutionary street art, rum drinks and locals sipping cigar are a classic image of Havana. A tourist arriving in the city is surprised to find himself in the landscape he often imagines.

The best way to see Havana is to take your feet under and stroll through the city streets while admiring the unique architecture. Local life is also on display in the Cuban capital: unlike the tourist-populated beach resorts in Havana, one can peek into the authentic local everyday life.

The area of ​​central Havana is divided into three different parts: Habana Vieja , or Old Town, New Town, known for its modern buildings, and Vedado, where you will find the best beaches in the area. In Vedado, you can also escape the urban atmosphere by walking along Malecon’s seafront promenade.

Music cannot be avoided in Havana, then it traveled anywhere in the city. The rhythms of Rumba and Salsa rushed to the streets from cars, apartments and bars. A nice way to spend the evening is to head to listen to live music or watch a quality cabaret – the most famous venue is the legendary Tropicana.

The cornerstone of Havana’s nightlife is rhythmic music and swinging hips – wherever you go in the city at night, dancing is definitely part of the evening. The locals have a rhythm in their blood and it is a pleasure to follow their skilful movement, even if they themselves get confused in their steps.

The most popular gifts from Havana are cigars, rum and coffee, which are sold cheaply around the city. It is not worth going to Havana for a shopping holiday, but local arts, jewelery and handicrafts, for example, are also nice souvenirs.

Cuba is not known for its food culture, and a tourist on holiday in the country will find the menu quite one-sided in most restaurants. In the cheapest places to eat, the pattern of beans and rice repeats itself, while in the more expensive hotels you can eat more varied.

Havana eateries are divided into state-owned restaurants as well as paladares run by locals in their homes , which are great places to try authentic comida criolla .

Good to know about Havana

Havana is ideal as a holiday destination for the urban traveler interested in Cuba’s socialist lifestyle. The authentic Caribbean atmosphere and political system fascinates holidaymakers interested in history and society. Havana is also a great place to take a Spanish language course, for example at a local university, as the level of education is high.

Of course, it is also easy to combine a holiday in Havana with a beach holiday in one of Cuba’s popular beach resorts – for example, you can travel to Varadero from Havana by bus. Of course, city beaches can be found right next to Havana.

Havana is a safe destination where, of course, normal caution should be exercised. Violent crime is very rare in the destination – tourists are bullied mainly by overzealous salesmen and scams against holidaymakers. For example, cheap cigars traded on the street, the quality of which is usually questionable, should be treated with caution.

The Cuban hurricane season runs from June to November. The hottest tourist season starts before Christmas and continues well into spring.

FLIGHTS, ACCOMMODATION AND MOVEMENT IN HAVANA 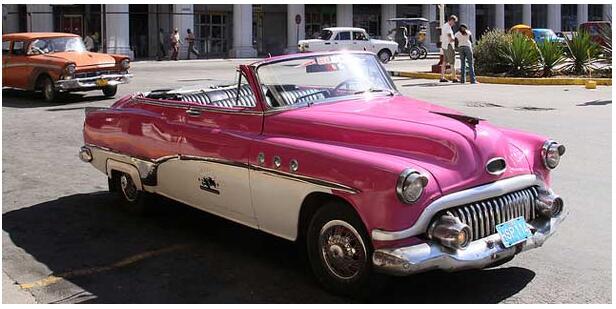 Flying to your destination

There are no direct scheduled flights from Finland to Havana. A trip to the Caribbean requires at least one stopover. Round-trip flights from Helsinki to Havana cost about 1,000 euros.

The easiest way to travel to Cuba is on a package tour prepared by a Finnish tour operator. In addition to Havana and beach destinations, combined and tours are common during the winter season.

Havana Airport Aeropuerto Internacional Jose Marti is located about 25 km from the city. The easiest way to get to the destination is by taxi, as public transport plays poorly at the airport.

Hotel or casa for accommodation

For those looking for a luxury vacation in Havana, there are a few top hotels known for their attractions, with a historical background. The city’s most famous hotel is the Hotel Nacional de Cuba, opened in the 1930s and home to dignitaries from Winston Churchill to Al Capone. Of course, there are also plenty of cheap hotel options.

Budget travelers most often use Casas particulares accommodation. These locally run inns are also a great way to get to know the Cuban way of life and food culture. There are no actual youth hostels in Havana.

Easy to move on foot

In Havana, it is easy and comfortable to walk. The alleys of the beautiful old town become familiar on foot. Cheap local buses and taxis can get you moving if the walking starts to get dull.

Car hire is also possible, but prices in Cuba can be surprisingly high. Tourists interested in old American irons can rent an old arch with their drivers and tour the sights of Havana on a handsome ride. 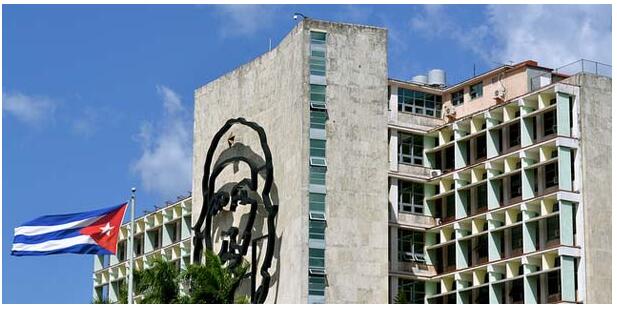 The city’s most handsome attraction is rightly Havana’s Old Town, with its caramel-colored houses, cobbled streets, and colorful American irons forming a much-photographed landscape. The area selected as a UNESCO World Heritage Site represents exactly the image that visitors have of Havana. One of the most popular areas in Havana’s old town is the pedestrian street Calle Obispo, along which you will find interesting little boutiques and art and book shops.

The Revolution Museum is likely to be of interest to many tourists arriving in Havana – housed in the former Presidential Palace, the museum is a great overview of Cuban history, revolution and socialism. The building also houses an exhibition on the life of Che Guevara. Another museum that gathers rave reviews is the Museo Nacional de Bellas Artes, which has even been hailed as the best art museum in the entire Caribbean.

The city’s own museums are also dedicated to rum, cigars and Cuban music, among other things. Ernest Hemingway’s old home now also serves as a museum.

The handsome squares of Havana

Havana is full of pompous squares where you can stop to watch the local way of life. Often the squares also have an interesting past as historical landmarks and venues. Plaza de Armas, Plaza Vieja and Parque Central are spectacular places to visit.

One of the most legendary squares is also Plaza de la Revolucio, or Revolution Square, where the face of Che Guevara is immortalized on the wall of the Ministry of the Interior building.

The Catedral de la Habana is a charming Baroque church, completed in 1777. The magnificent appearance of the cathedral in particular is convincing, but even inside it is worth popping. The church is known for its two towers of different sizes.

THE BEST OF HAVANA

The best experiences in Havana

The disadvantages of Havana

The Republic The Republic of Ecuador as such, saw the light in 1830 when it definitively abandoned the Gran Colombia federation due to internal problems. For the nascent nation, the liberator Antonio José de Sucre who came from Colombia to Quito was expected as president to probably take the reins of the country due to his great popularity in the southern […]

Classes and status. – The Mexicans, at the beginning of their wanderings, appear to us divided into seven clans, perhaps governed by totemic principles, each of which is independent with its own head and its own protector god. But already in this order we can see two classes: the priestly and the warrior. Later the […]

The ten most dangerous railway lines in the world

The Kuranda Scenic Railway in Australia The railway line leads through the spectacular tropical landscape of the Barron Gorge National Park, through tunnels and over bridges and abrupt gorges. The train often passes so close to impressive waterfalls that spray sprays onto the train’s wagons. The Argo Gede railway line in Indonesia The three hours […]