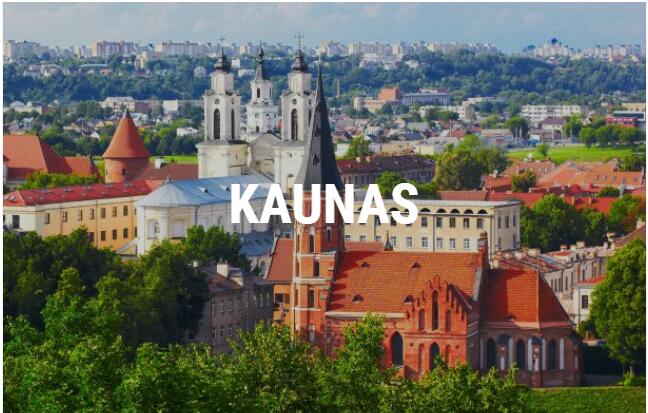 An easy and affordable city destination a short flight away

Kaunas is located in the central part of Lithuania, at the junction of the Neris and Nemunas rivers, with good transport connections. For car holidaymakers, the place is familiar as the Via Baltica leg.

The center of the old Hanseatic city is a cozy area and much like the small towns of Central Europe. However, the spirit of the past is not the only interesting feature in Kaunas, but modern shopping malls and good services combined with cultural offerings make Kaunas an interesting weekend destination for a wide range of holidaymakers.

The capital Vilnius is the largest city in Lithuania, but Kaunas is followed by about 310,000 inhabitants. Before present-day Lithuania, state borders moved in the region on many occasions, and Kaunas also had time to act as the Lithuanian capital for a while after Vilnius froze on the Polish side in 1920.

The signs of the Soviet era that marked the last century are hardly in the center of Kaunas. Of course, even these layers of history are still present, but the most visible signs of Soviet power have been carefully erased from the street scene. Kaunas is also one of the greenest cities in Lithuania. 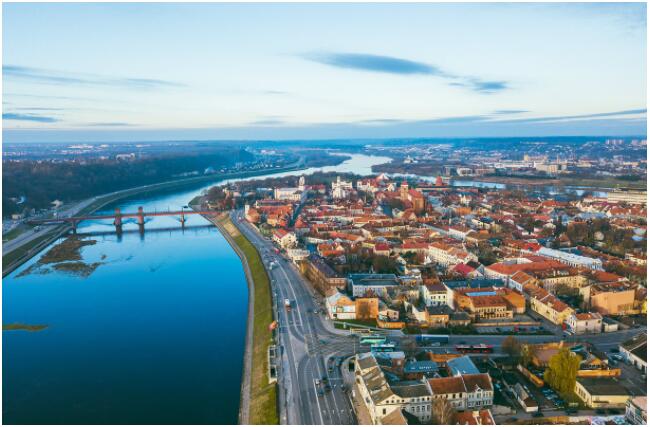 Kaunas is located along the Neman River.

Kaunas is a season-independent travel destination, but it is the easiest and cheapest way to travel during the summer season thanks to air connections.

The variation of the seasons resembles the Finnish climate, although the winters are milder.

Typically, Kaunas is traveled for an extended weekend. Three to four days is just the right time to explore the area’s attractions. At that time, it was time to pop outside the city center.

The price level in Lithuania is cheaper than in Finland. Especially cheap restaurant prices and hearty food entice you to taste local delicacies with plenty of hand.

Kaunas is a safe destination, although those who enjoy nightlife should take care of their property.

It is good to exercise caution in traffic, as the speed in urban traffic is relatively high.

Attention should also be paid to traffic rules. At traffic light junctions with a green arrow pointing to the right, according to Lithuanian traffic rules, you can turn right when the red light is on, as long as it does not endanger other traffic.

FLIGHTS, ACCOMMODATION AND MOVEMENT IN KAUNAS 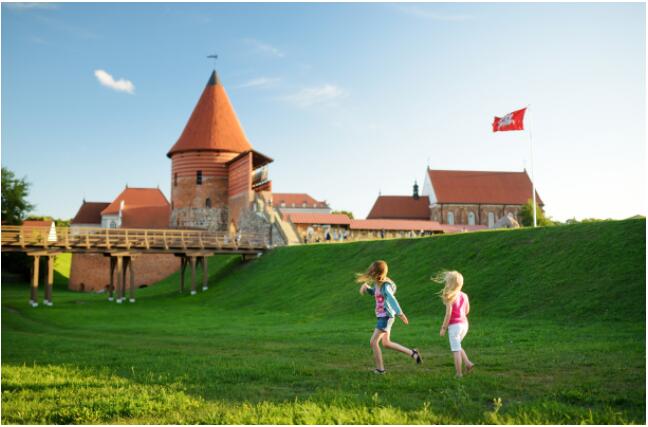 Kaunas Castle is the hallmark of the city.

Direct flights from Turku to Kaunas

Low cost airline Wizz Air flies from Turku directly to Kaunas. Ticket prices vary according to the time of day and the situation of demand, but at their cheapest you can get a trip by only a few tens of euros. Of course, it is worth noting that baggage fees and other additional costs may increase the ticket price.

Kaunas Airport is small and smooth, but at the same time so small that you should not leave gift shopping to airport shops. There are a few shops at the airport, but their offerings are mainly limited to alcohol, chocolate and a limited selection of cosmetics. So take your shopping already in town.

The location of Kaunas along the Via Baltica also makes it an easy stopover for car travelers.

Train connections from Kaunas to Vilnius run about every hour and buses also take you regularly to other nearby cities. There are international bus connections to Berlin, Riga, Tallinn, Poznan, Poland and even London.

The supply of basic hotels is good

Accommodation in Kaunas is affordable. In the basic hotels in the city center, the best standard double room is available for about 70-80 euros. Of the international chains, for example, Park Inn has landed in Kaunas.

For those looking for something more special, the Monte Pacis Hotel is located next to the Pazailis Monastery. It is not a typical convent hotel at all, but a modern and carefully restored quality hotel.

The city center can be explored on foot

Exploring the city center is effortless on foot. A rental car will certainly help you explore the sights on the outskirts of the city, but it’s not necessary here.

A single trip by local bus costs less than a euro. City taxis are also cheap. When traveling by taxi, it is a good idea to be careful, because although the meters are basically in use, you should always inquire about the price of the trip in advance.