The approximately 415 km² Austrian capital Vienna, with currently 2.8 million inhabitants, is home to around a third of the total population of the Alpine country. As the political center of the Austrian Empire from 1804 to 1918, Vienna was a metropolis with world renown.

Even if its global importance was largely lost due to the world wars in the 20th century, the city on the Danube remains a travel destination that can be recommended in every respect thanks to its many attractions and sights.

In the following we present you the most exciting tours, the most beautiful attractions and the best sights in Vienna. 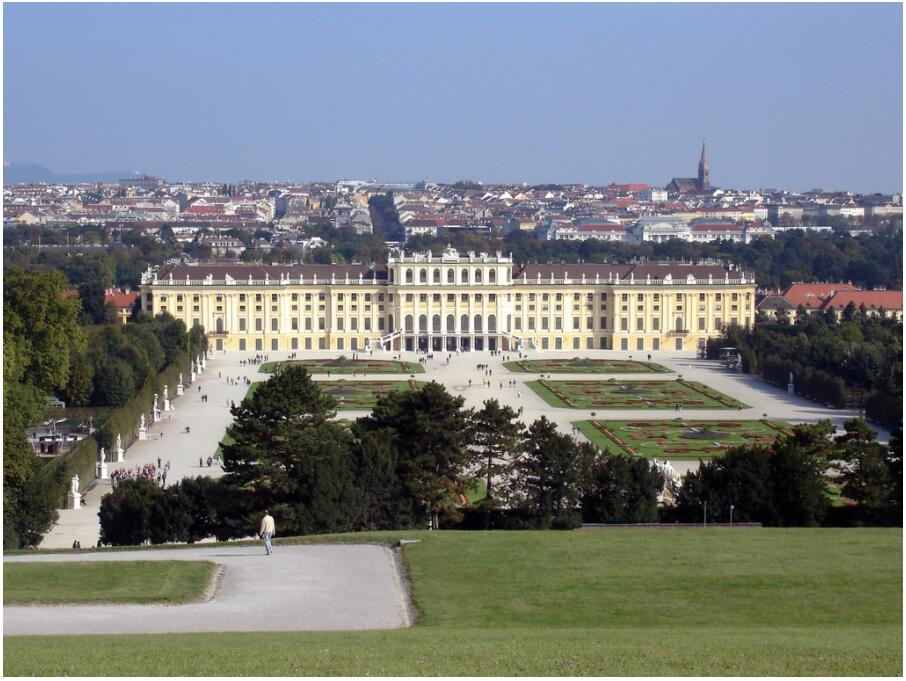 The Hofburg in Vienna’s first district was the most important residence of the Habsburg monarchy for over 600 years. First mentioned in a document at the end of the 13th century, it took on its current appearance as a mix of styles from Gothic, Renaissance and Baroque elements through various extensions and extensions, mainly up to the end of the 19th century.

Nowadays, the building complex, which has grown asymmetrically over time, comprises a total of 19 courtyards and 18 wings, in which, in addition to the official residence of the Federal President and the National Library, other sights of Vienna are also housed. Heldenplatz in the center of the spacious area is a popular meeting place for locals and tourists, especially in summer. The “Sisi Museum” about the life of Empress Elisabeth (1837-1898) is one of the most popular museums in Vienna.

Also located in the Hofburg since 1565 is the internationally renowned Spanish Riding School in the northern Michaelertrakt, which is listed as an intangible cultural heritage by UNESCO. Here the members of the imperial family and later members of the nobility learned the fine art of riding exclusively on the snow-white Lippizzaner horses.

With the end of the monarchy in Austria after the First World War, the riding school was also opened to the public. Extensive tours in the 1920s and 30s made the institution known throughout Europe. Today the demonstrations and the almost daily training are among the most popular sights in Vienna.

The summer residence in the 13th district, built in its present form in the late 18th century for Empress Maria Theresia (1717-1780), together with the 160-hectare park, is also a UNESCO World Heritage Site. Haydn and Mozart performed in the in-house castle theater, here the last Austrian Emperor Karl I (1887-1922) announced his resignation in 1918 and in 1961 Nikita Khrushchev and John F. Kennedy discussed the tense world situation at the time.

The more than 1,400 rooms of the castle house numerous art treasures of immense value and most of them are freely accessible to up to 10,000 visitors per day. Since 2002, the west wing has housed the Schönbrunn Children’s Museum, which is well worth seeing. The Vienna Philharmonic’s Summer Night Concert has been taking place in the palace gardens since 2008.

The MuseumsQuartier on Zweierlinie and Mariahilfer Straße in the 7th district is housed in the former imperial court stables from 1725 and has been one of the most visited cultural monuments in Vienna since it opened in 2001. The 90,000 m² area includes the MUMOK (Museum of Modern Art), the Leopold Museum, the Kunsthalle, the Architekturzentrum and the Tanzquartier Wien as well as the Dschungel Theater for young audiences and the ZOOM Children’s Museum.

Above that, the Q21 creative space for 60 different creative initiatives, artist groups as well as galleries and publishers resides here on an area of ​​over 7,000 m². The individual buildings are connected by six themed passages, each of which is equipped with permanent and temporary exhibitions. The courtyards of the MQ are also used for concerts, readings and other cultural events all year round.

In the baroque palace complex in the 3rd district, which was built from 1714 to 1723 including the garden, the State Treaty was signed in 1955 and the Republic of Austria was restored. The striking building has also been the seat of the Austrian Belvedere Gallery since 1903, with extensive collections of local art from the Middle Ages to the 20th century.

There are also frequent and regular changing exhibitions with works by Austrian and foreign artists. The Museum Belvedere 21 with national art of the 20th and 21st centuries has been located in the former pavilion for the 1958 World Exhibition in Brussels since 20111. The Research Center on the history of art in Austria has also been located here since 2009, with currently 120,000 media units. 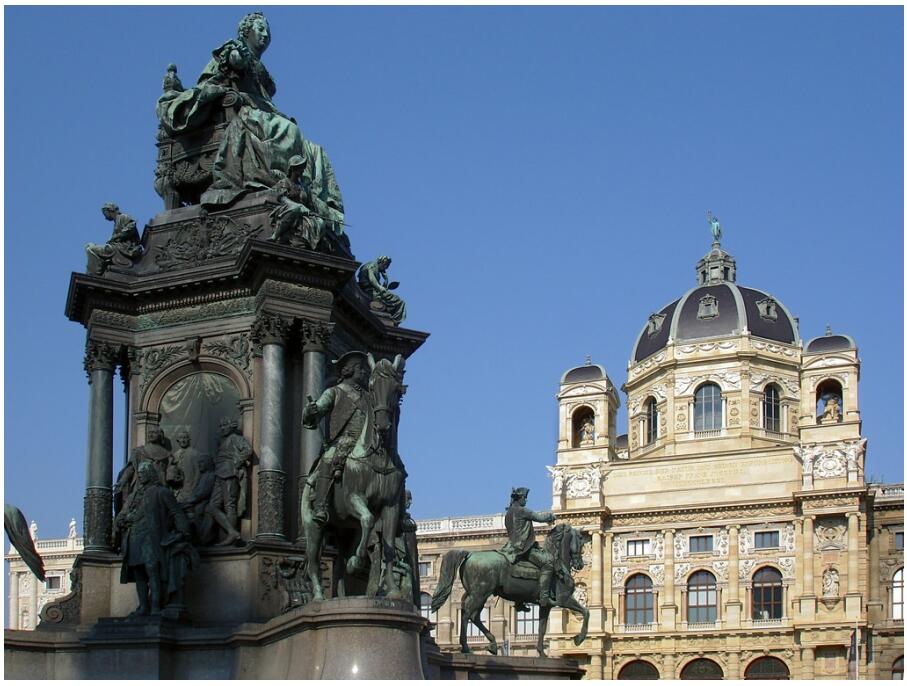 The Burgtheater on Ringstrasse and Universitätsring in the 1st district, which opened in 1888, is the second oldest spoken theater in Europe. The Austrian National Theater, which is often colloquially abbreviated to “Burg” in Vienna, was planned and built in the style of Historicism and the High Renaissance and has a baroque interior with great ceiling paintings by the Klimt brothers.

In addition to the performances, which were celebrated by the enthusiastic audience, the attack on a Bulgarian terrorist made headlines here in May 1925. After the end of the Second World War, such famous directors as Claus Peymann, Thomas Bernhard, Adolf Dresen and Thomas Langhoff worked at the Burgtheater. Souvenirs can be purchased in a bookshop in the entrance hall. In the right wing of the house, many actors meet before or after the performances in a posh restaurant.

The world-famous landmark of Vienna in the center of the city was created between the 12th and 16th centuries and is now one of the most popular photo opportunities among tourists. The church, which has been expanded, rebuilt and damaged in wars, is one of the most important Gothic buildings in Austria and is venerated by many believers as a national shrine. The 12 loud strikes of the more than 20,000 kilogram church bell “Pummerin” in the north tower is broadcast live on radio and television every year at midnight at the end of the year.

In the “Duke’s Crypt” under the cathedral there are 30 burial chambers with the remains of former Austrian rulers and dignitaries. The medieval cathedral treasure with many valuable sacred objects can be viewed in the neighboring Vienna Cathedral Museum. Every year in May there is a flight of stairs over 343 steps in the 136 meter high south tower.

The 2.5 km² central cemetery in Vienna’s 11th district was opened in 1874 and today has around 330,000 grave sites. Numerous monumental graves of honor on the well-tended green area make the area a very interesting sight in Vienna. Mozart and the famous Viennese singer Falco have also found their final resting place here.

Deer and badgers even live in the wild on the area. There is also an Islamic and Buddhist section on the premises. Various memorials commemorate historical events such as the March Revolution of 1848 and the Second World War. The extensive central cemetery has had its own bus with line 106 since 1971, which serves 19 stops during the day.

The almost 4 km² artificial island, built between 1972 and 1988 in the 21st and 22nd districts, is one of the most popular local recreation areas in Vienna. Every year at the end of June, the Danube Island Festival takes place here with free admission and up to 500,000 visitors per day. The bathing areas, sunbathing areas, barbecue areas, sports and playgrounds as well as dog areas and boat rentals can be used all year round.

Since summer 2013 there has been a large whitewater arena with artificial obstacles for kayaks and swimmers at the Steinsporn Bridge. From the so-called lighthouse at the Reichsbrücke you have a great view of the area. Right next door, a large beer garden by the water offers around 300 seats.

The alternative cultural center in the Erdberg and Sankt Marx districts in the 3rd district began its career by occupying a former slaughterhouse site in June 1976. Since the agreement with the City of Vienna on legal use in 1977, events such as concerts, Readings and theater performances take place.

On the site there are two halls with a capacity of approx. 1,000 and 250 spectators respectively, an open-air stage for 3,000 people as well as various bars, beer gardens and stalls for food and drinks. The arena is also an internationally known meeting place for graffiti artists, who redesign many of the walls again and again. 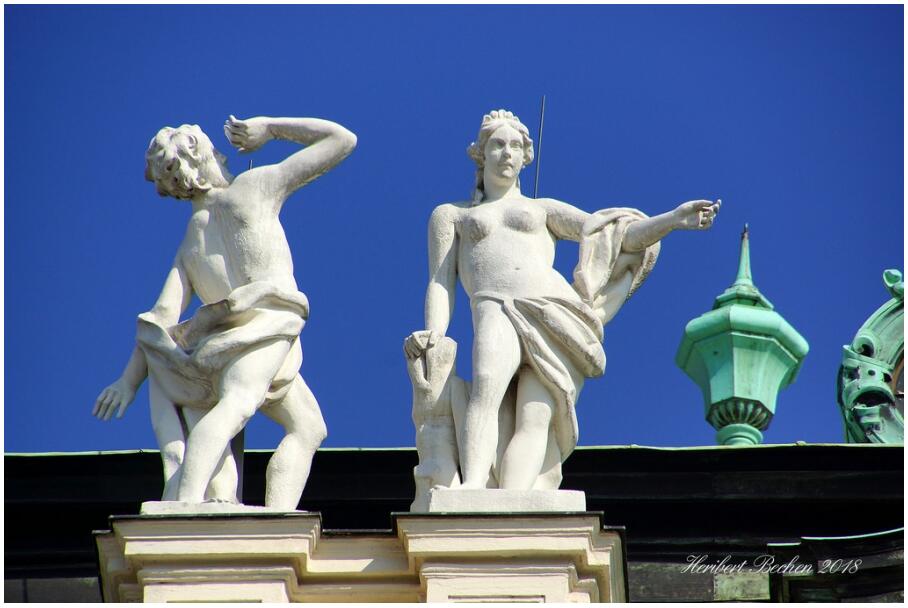 They date back only to the end of the 1920s. XIII the first relations of Frederick II both with the Byzantine successor states (the state of Epirus and the Empire of Nicea), and with the Frankish principalities (Latin Empire of Constantinople and the principality of Achaia) born from the disintegration of the Byzantine Empire in consequence of the IV crusade. The delay […]

Customs and traditions It is common to health by shaking hands, and there are unspoken rules on how to do it. When two people meet, the younger person is expected to wait until the older man initiates a handshake. If you know each other, it is common to greet each other with a hug or […]

Culture Switzerland is a mosaic of different historical experiences, languages, religions and dialects, and it is therefore difficult to define a particular Swiss culture. In the cantons, people keep to their own traditions and customs. The Swiss are happy to point out that the country’s unity is best preserved if diversity is strengthened, although this […]