After being dominated by Hungarian rulers for centuries, the Slovaks of the 18th century began to develop their own cultural and national identity. Historically, the Slovaks are a small-town people with roots in villages. Overall, the culture and society are very similar to other European countries, especially the Central European countries.

Typical Slovak food often consists of soups, vegetables, stews, smoked or grilled meat and dairy products. Goat cheese and pastries are a very typical Slovak dish. Usually, you eat five meals in one day. Breakfast, morning coffee, lunch, afternoon coffee and dinner. Lunch is the most important meal of the day and usually last longer than other meals. Often, soup is served for starters and meat for main course. A light meal is served for dinner. Bread is eaten at all meals. Common drinks are water, beer, soft drinks and fruit juice. Gin and apple spirits are common alcoholic beverages. At Christmas, the meals follow a tradition which means that on Christmas Eve, meat is not served, but only soup and some kind of body cakes for main course. On Christmas day, goose is usually served.

According to Abbreviationfinder, Slovaks are not too close to each other when they talk, a few meters is usually enough. At meetings and presentations they take care. Men and women who stand a little closer greet each other with a cheek kiss on each cheek. During invitations, guests are usually invited for drinks. Empty glasses and plates fill up quickly. It is not wrong to leave drinks and food when you are measured. Alcoholic beverages are usually offered. As a woman, you can usually ask for something else to drink. Men are expected to drink alcohol unless they drive a car.

On formal occasions and holidays, men dress in suits and women in dresses or in two-piece costumes with skirts.
As a guest, guests usually bring flowers, cakes or drinks.

According to Countryaah, January 1st is both New Year’s Day and Independence Day. On January 6, the thirteenth day is celebrated with young boys dressing up for gentlemen and going from farm to farm. Other Catholic holidays are also celebrated, such as Good Friday, Easter and Easter Day. May 1 is not only International Labor Day, but is also the day of spring’s celebration. On May 8, the commemoration of the end of the Second World War is celebrated. On July 5, Christianity’s arrival in Slovakia is celebrated. The Slovak Resistance Movement during the Second World War is highlighted on 29 August. On September 1 (Constitution Day), the signing of the current Slovak Republic’s constitution celebrates. September 15 is a Christian celebration in memory of the suffering of the Virgin Mary. November 1st is All Saints Day and Christmas is celebrated on December 25th. New Year’s Eve is celebrated on December 31. In addition to these days off, school closures for the summer are also celebrated with parades and festivals. In the countryside, the harvest festival usually falls in August with parties that include music and dance. So is the apple harvest celebrated in early autumn.

Slovakia has a relatively well-developed road network, but the communications between the richer western part of the country and the poorer eastern Slovakia are poor due to the mountainous terrain. Since independence in 1993, considerable sums have been invested in both the road and rail networks, many of which have come from the EU.

The majority of passenger and freight traffic is by train. The railway is in great need of modernization. Almost half of the 360-mile railway network is electrified. The train companies are at a great loss and a privatization of both freight and passenger traffic has been discussed.

In order to simplify the train traffic from Russia and Ukraine to Vienna in Austria, the Slovak Railways, Russia, Ukraine and Austria’s state railway companies in 2010 agreed to expand and improve the train route passing through the four countries. In March 2012, the first private operator in passenger traffic, the Czech RegioJet began driving on the route Bratislava-Komárno. More private players are expected to come, even in freight traffic.

The shipping on the Danube is significant. The river is navigable from the Black Sea in the east to Germany in the west. The largest river ports are in Bratislava and Komárno.

Slovakia has five international airports. The largest is located in Bratislava and has become an alternative for low cost flights throughout the region. The airport in Košice was sold in 2010 to an Austrian company, which also wanted to buy Bratislava’s airport. However, that purchase was stopped because Smer-SD considered the airport to be of national strategic interest and not to be sold to foreign interests. Many travelers also fly via the nearby Schwechat International Airport in Vienna. 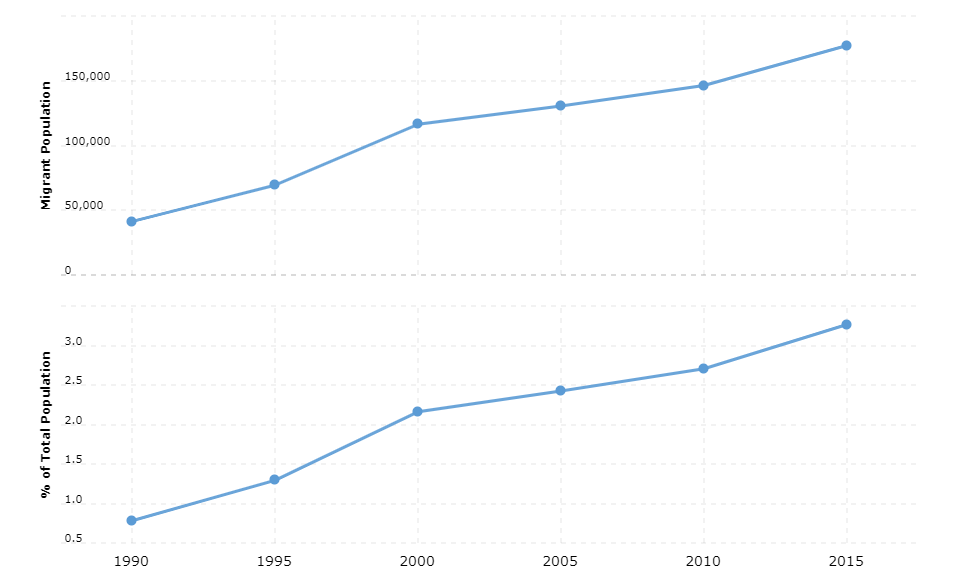