Until 1991, Slovenes had never lived in an independent state, but Slovenian culture has nevertheless found its uniqueness. Around the year 1000, Slovenian began to be used in religious contexts. The oldest preserved examples of writings with the Latin alphabet in a Slavic language are the Slovenian religious texts on the Freising Monuments from this period.

In the 16th century, Slovenian culture received a boost. The Calvinist priest Primoz Trubar then translated the New Testament into Slovenian and a Slovenian grammar was also written.

The national poet France Preseren (1800–1849) has, among other things, written the country’s national anthem, Zdravljica. Politically, he fought the Illyrian movement that wanted to unite Serbian, Croatian and Slovenian culture and society. Josip Jurčič wrote the first novel in Slovenian in 1866. After the Second World War, modernists such as the poet Anton Ingolič and Matej Bor, who write poetry and prose as well as drama, have been most prominent.

The theater in the Slovenian areas was for a long time German-speaking. At the end of the 18th century, folk games were played in Slovenian, but it was not until the middle of the 19th century that Slovenian theater was allowed to a greater extent by the ruling Habsburgs. Ivan Cankar’s dramas from the turn of the last century still belong to the standard Slovenian repertoire.

In music, among others, the industrial rock group Laibach has had great success on several European underground stages, especially during the 1990s. At the same time, the composer and rock musician Bratko Bibič made himself known as a modern Slovenian musician.

Other famous names in popular music are Vlado Kreslin and the band Siddharta. Slovenian DJs have also had some success on the global stage. Most famous of these is DJ Umek.

In 2010, Ljubljana was named the book capital of the world by Unesco. Two years later, Slovenia’s second largest city, Maribor, was chosen as Europe’s Capital of Culture. 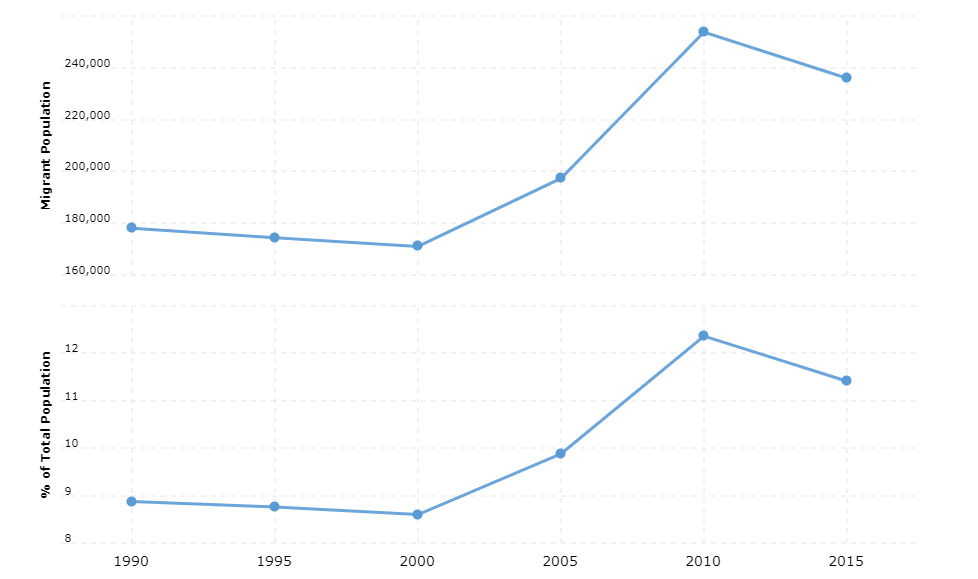 The minimum wage is raised

Parliament votes to raise the minimum wage by 10 percent to EUR 667 after tax; Another increase, to EUR 700, will be implemented in 2020. Salary issues dominated the spring election campaign and the proposal is presented by the small party Vänstern, which has a crucial role as a support party for Marjan Šarec’s minority government.

Just over three months after the election, Parliament voted with the numbers 45-34 for Marjan Šarec’s minority government with 16 ministers, of which 4 are women. In addition to Šarec’s party LMS, the government also includes four other left-wing parties (SD, SMC, SAB and Desus). The recently resigned Prime Minister, Miro Cerar, returns as Foreign Minister. The government has also secured support in Parliament by the Left. The new government says that healthcare, the economy and the defense are priority areas.

New minority government gets the go-ahead

According to Abbreviationfinder, Parliament approves with the votes 55–31 Marjan Šarec as prime minister and thus, just over two months of political uncertainty after the parliamentary elections seems to be over. Just over a week earlier, Šarec’s party LMS has settled with four other left-wing parties to form a minority government with support in Parliament by the Left. The 40-year-old former comedian Šarec, who is expected to take over as head of government by September, becomes the country’s youngest head of government since independence in 1991. In a speech to Parliament, he struck an EU-friendly tone and said Slovenia should remain a so-called core state in the Union.

President Borut Pahor informs Parliament that he cannot nominate any of the leaders of the parties that received the most votes in the election, SDS leader Janez Janša or Marjan Šarec, leader of the LMS, as prime minister. This is because they do not have the support of a majority in Parliament. The president has by law had 30 days to appoint a prime minister with support in parliament. Instead, it will now be possible for the President and, among other groups in Parliament, to propose his own candidates.

Dispute against Croatia to the European Court of Justice

The government appeals to the European Court of Justice in Luxembourg due to the border dispute with Croatia (see January 2018). The decision, since the European Commission has chosen not to stand on either side of the conflict. In June, when the Commission issued its statement on neutrality, Prime Minister Cerar accused the EU of making a political decision instead of taking legal considerations.

The Conservative SDS returns as the largest party with just under 25 percent of the vote and 25 of the 90 seats. Government formation can be expected to be a difficult nut to crack as other major parties have excluded cooperation with SDS. Party leader Janez Janša has run an election campaign with strong xenophobic elements and has the support of Hungary’s right-wing nationalist Prime Minister Viktor Orbán, which has led to criticism of foreign involvement in the election. The second largest party is the left-wing party Marjan Šarec’s list (LMS), which is new as a national party, with 13 seats, followed by the Social Democrats (SD) and the Modern Center Party (SMC) with 10 seats each. Then comes the Left (L) with 9 seats, New Slovenia (NSI) with 7, Alenka Bratušek’s party (SAB) with 5, the Democratic Pensioners’ Party (Desus) with 5 and the Slovenian Nationalist Party (SNS) with 4 seats.

The electoral movement before the parliamentary elections on June 3 begins formally. Over 20 parties and party alliances are running for election. In the opinion polls, the ruling SMC and the new center-left party LMS are equal. On the right, SDS looks to remain the largest.

President Pahor dissolves Parliament and announces elections on June 3, just a week earlier than if the Prime Minister had not resigned in March. Over 20 parties and partial alliances have confirmed that they are running for election. Opinion polls indicate that a newcomer can again put things to an end, just as in both previous parliamentary elections. This time it is Marjan Šarec’s list (LMS) who is the newcomer, a former local party whose leader Marjan Šarec lost the presidential election by a marginal margin (see November 2017).

Prime Minister Miro Cerar announces that he has filed his resignation application after the Constitutional Court annulled the result in the referendum on the railway to Koper (see September 2017). The Court finds that the government did not take a sufficiently impartial stance when public funds went to the jas side in the vote. The parliamentary elections to be held in June are now expected to be scheduled.

Threats of action against Croatia

Slovenia must “clearly” take legal action against Croatia because of its neighbor’s refusal to comply with the arbitration on the border crossing in the Gulf of Piran – this is what Prime Minister Cerar said in a statement (see December 2017). Foreign Minister Karel Erjavec has said that Slovenia will block Croatia’s entry into the EU passport Schengen as long as Zagreb refuses to follow the verdict.