From the outside, Swedish society is usually perceived as equal, peaceful and prosperous. Swedes often appear quite friendly but cool in their appearance. It is relatively uncommon for you to be loud or show strong feelings in public in Sweden. Some may perceive Swedes as shy, others as uninterested or even out of whack and cool.

Cruelty is often seen with oblivious ears, “justified” is often highlighted as a guideline. The so-called Janet Act – you should not believe that you are something, or that you are better than anyone else – has a strong position. It could possibly be said that an increasingly individual-oriented Western culture has contributed to the unlocking of the Janet Act in Sweden as well.

But equality is still considered important. In child rearing, it is often emphasized more that one should be a good team player than one should exalt oneself. At the same time, children are largely brought up to be independent individuals. Many foreign observers find that Swedish society is child-friendly. Children can be seen and heard in most contexts, and it is considered important to listen to children’s opinions as well. Community support for families is extensive, and parental leave among the absolute most generous in the world.

Equality is largely an ideal even in workplaces. Hierarchies are relatively invisible and the interaction between employees in different positions is relatively unforced. Titles are rarely used and most people use “you” and first names when they address each other. The dress code in Sweden is often much less strict than elsewhere, except possibly in the business world.

When it comes to gender equality, Sweden is far ahead in international comparisons.

Punctuality is very important. You are expected to arrive at a meeting or an invitation in time – it is not uncommon for anyone who is only a quarter late to hear about it, which would seem strange in many other countries. An invitation should also be avoided to arrive too soon.

A peculiarity that many from other countries perceive as odd is that Swedes often take off their shoes when they enter someone’s home. Among the elderly and in formal contexts, it is common to have indoor shoes or slippers, but it is also common for other relatively well-dressed people to appear in the sock.

At meals it is considered unfavorable to take the last of the food. The Swede can divide a pie into ever more minimal pieces without thinking about the matter, just because everyone wants to avoid being the one who borrows the dish. At the same time, it is good to eat everything on your own plate. This is especially true if you have prepared the food yourself.

At formal invitations, the hostess at the table (ie on her left side) is expected to give a speech and thank the food for all the guests.

According to Abbreviationfinder, Swedish cuisine is perhaps best known for the sandwich table, a word that has even been imported into English. On the sandwich table there are many traditional dishes, such as herring in various forms as well as dug, smoked and uncooked salmon, ham and other cold cuts, and meatballs.

Most holidays in Sweden have a Christian background, although society is largely non-religious. Christmas is the most important family holiday. Christmas Eve is most important, but family dinners and family reunions often last for several days. Many view the entire Christmas and New Year period, which extends until the thirteenth day of January 6, as an extended weekend. Even during Easter, it is common to gather for family dinners.

Pentecost is an important weekend for the church, but since 2005, the Second Pentecost, which always falls on a Monday, has been replaced as a public holiday by the National Day on June 6. It was formerly known as Swedish Flag Day and is therefore celebrated because Gustav Vasa was elected king on June 6, 1523, and that date of 1809 was adopted on that date (see Older history).

According to Countryaah, New Year, election evening (April 30) and not least Midsummer Eve are important holidays as you often spend time with family and friends. 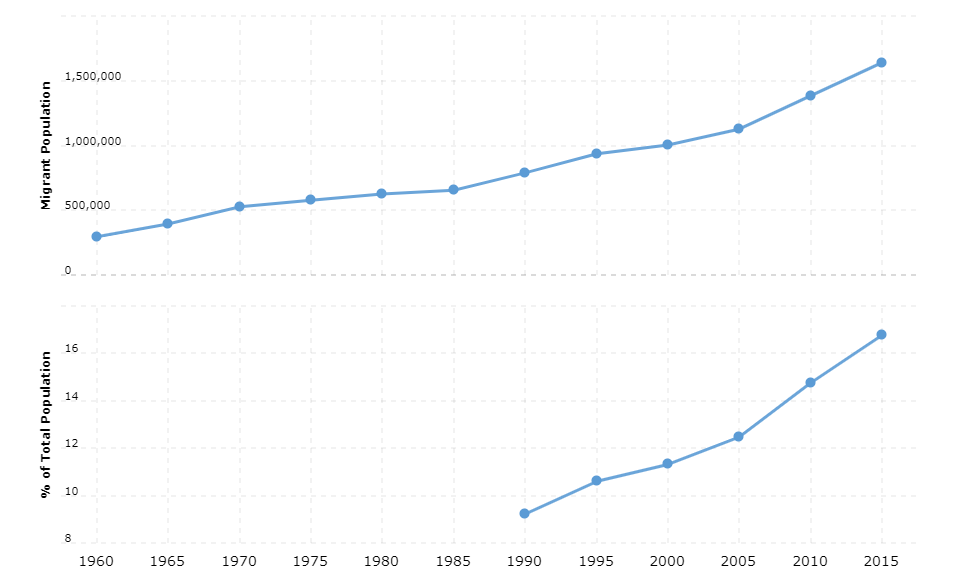 The Center Party idea program group proposes, among other things, free immigration and also wants to open for polygamy. The proposals provoke a stormy debate, which forces party leader Annie Lööf to distance himself. In an opinion poll, the Center Party gets its worst figures in twelve years, 3.4 percent.

Swedish Democrat Lars Isovaara leaves his parliamentary seat after offending a guard of foreign origin and lying that he has been exposed to a robbery.

The Swedish Democrats’ economic policy spokesman Erik Almqvist resigns after video revelations of street riots in Stockholm, where Almqvist and another Swedish Democrat armed himself with iron pipes and quarreled his opponents. Almqvist leaves his parliamentary seat later in the year.

The Swedish tobacco company Swedish Match reveals that it has been asked to bribe the EU Commission to lift the EU export ban on snuff. Maltese Commissioner Johan Dalli, in charge of consumer affairs, is forced to step down after the disclosure.

The company Nevs buys most of the bankruptcy estate after Saab (see December 2011 and Industry). According to the buyer, electric cars will start being manufactured in Trollhättan within a couple of years.

No change of constitution

In a final report, an investigation concludes that the principles of freedom of expression and expression should be retained, albeit in a simpler and more accessible form. The development of technology with new media had led to the multi-year investigation to see if the existing laws would be replaced with a new one, which would apply to all media regardless of technology.

Belarus expels Sweden’s ambassador Stefan Eriksson for meeting opposition groups and “destroying” relations between Stockholm and Minsk. In the background, there is Belarusian anger that a Swedish advertising company has dropped hundreds of teddy bears from the air over Belarus with messages of freedom of expression and human rights. The Belarussian government also calls its ambassador to Stockholm and a new one will only be appointed in 2018. Sweden sends a new ambassador to Minsk 2015.

After the Christian Democrats’ party leadership battle (see January 2012), the party in an opinion poll receives only 2.4 percent support.

It is revealed that the Total Defense Research Institute (FOI) is assisting Saudi Arabia with the construction of a weapons factory, which, according to critics, violates the ban on selling military equipment to countries that violate human rights. The disclosure leads to the resignation of Defense Minister Sten Tolgfors.

New heir to the throne

Crown Princess Victoria has a daughter, Estelle, who becomes heir to his mother.