In Vientiane, the capital of Laos, you can experience relaxed local life and enjoy top restaurants. The largest city in Laos, Vientiane, is not too big either. Situated along the Mekong River, the French-influenced Vientiane is a peaceful holiday destination for adults.

EXPORT AS A DESTINATION

Calm but not boring

There is often a persistent rumor among tourists that Vientiane is the dullest capital in the world with nothing to see. The argument is not true. In Vientiane, it is worth deviating just because of the wonderful food culture.

The best thing about Vientiane is not the numerous attractions and activities, but the usual way of life. The city’s lush boulevards are a great place to stroll around and observe the daily lives of the locals. You can also take a cooking course or try meditation in Vientiane. Swimming is available for a small fee in either the hotel’s pool areas or public swimming pools.

Of course, Vientiane also has traditional attractions. Tourists are likely to find their way to the magnificent temples, the Patuxai Arc de Triomphe and the park of Buddha statues. The night market is also worth wondering about. 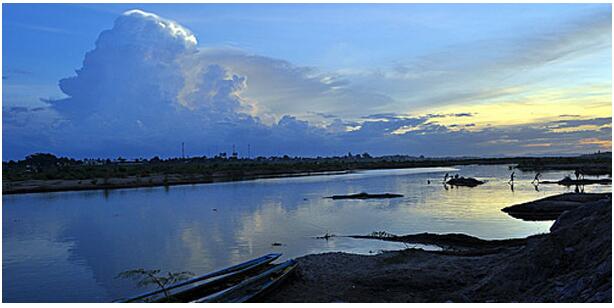 The best trip to Vientiane is part of a tour of Laos. There is enough to see and experience in an interesting country, and a visit from Vientiane alone is not enough to show all parts of the country.

Vientiane is ideal for adult travelers who enjoy good food, culture and history. Vientiane is a quiet town not to be missed for nightlife or shopping. There are a few bars in town, but they often close their doors before midnight. There are no activities for families with children in Vientiane.

The best time to travel to Vientiane is during the winter months, when the weather is not oppressively hot. There is still plenty of heat and you can sunbathe even by the public swimming pools or in the hotel pool.

The history of Laos as a French colony is still visible in Vientiane, both in terms of architecture and cuisine.

Head to Vientiane for a treat

On a trip to Laos, you may find yourself stuck in Vientiane – because of food. The city has a great food culture that includes everything from traditional Laok cuisine to French-influenced bistros and European bakeries. Those who feel homesick can hone salmiak and chocolate from Scandinavian Bakery.

Lao delicacies can be tested, for example, in riverside food stalls, where prices are affordable and food is authentic. Sticky rice , sticky gluten rice , is usually served alongside stock foods . There are also plenty of options for vegetarians.

French influences can be seen in Vientiane’s cozy bistros, where prices are cheap and food is like straight from Paris. There are several romantic French restaurants in the city for couples to taste.

Western-style restaurants are rarely recommended in Asian destinations, but Vientiane is an exception and well worth a visit. For example, JoMa Bakery Café and the Australian-owned Sticky Fingers Café Bar are great options for the hungry.

FLIGHTS, ACCOMMODATION AND MOVEMENT IN VIENTIANE

There are no direct flights from Finland to Vientiane. The easiest way to get there is to take a direct flight from Helsinki to Bangkok, from where there are numerous connections to Vientiane. Round-trip flights cost about a thousand euros, although the cost can be reduced by booking local Cheap Flights on your own.

Vientiane Airport Wattay is located only about three kilometers from the city center.

There are several inexpensive inns in Vientiane, among which even penny stretchers can find their own. At the other extreme of the inns are cozy boutique-type options. Of course, there are also high-class hotels in the city.

Both Lao Kips and US Dollars are generally accepted as payment currencies in hotels and inns.

In Vientiane, it is possible to move almost anywhere on foot. The main attractions, accommodation areas and restaurants are all in the downtown area. On departure, the tourist can rent a bicycle or moped.

Taxis and tuk-tuks also run in Vientiane. Prices should be agreed in advance. You can travel to the surrounding area by bus.

Xieng Khuan, also known as Buddha Park, is located about 25 km from Vientiane along the Mekong River. You can even get there by bus or open taxi. Buddha Park was built in 1958 by a yogi haman. There are numerous Buddhist and Hindu sculptures in the park, which make it nice to walk around taking photos.

Pha That Luang, the most important national monument in Laos, is recognizable for its magnificent golden appearance. The temple, which symbolizes the Buddhist religion, is a must-visit for tourists visiting Vientiane.

The temple is about four kilometers from the center of Vientiane. The briskest ones move on the spot in a footstool, but also a bicycle or tuk-tuk are handy walking games. At its most beautiful, Pha That Luang is at sunset.

Patuxai is the Arc de Triomphe of Laos

Patuxai is a spectacular landmark in Vientiane and a Laotian version of the Arc de Triomphe in Paris. Completed in 1969, Patuxai was built in memory of those who died in the wars that preceded the revolutions. By purchasing a ticket, you can climb the Patuxai observation deck to peek at the scenery over the rooftops of Vientiane.

Those interested in history should visit the Lao National History Museum, which is set up in a traditional Lao mansion. The different eras are clearly on display in the museum, and the factsheets can also be found in English. 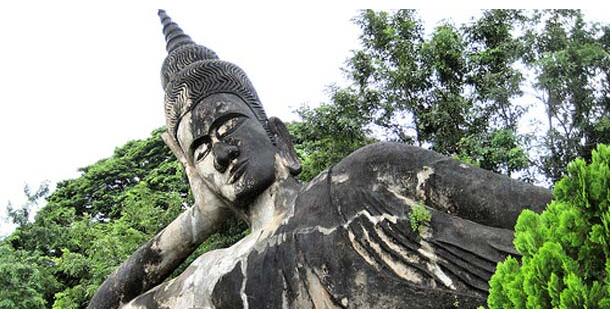 Experience these in Vientiane